Over the years we have made a few trips to the ER but luckily none have ever been serious. The 1st was when Joshua was close to a year old. My sister had a fireplace in her basement with a brick hearth that was about foot tall and he fell into it. I took him to an immediate care center. 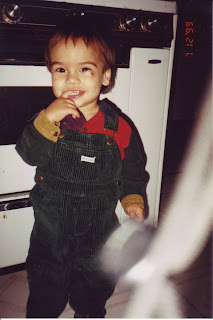 Just before his fourth birthday we were in the backyard on the patio... he was running aroung his little pool and slipped and hit the frame right on a bolt of the adult swing I was sitting on. 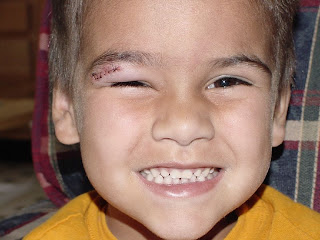 He also broke his finger falling off the end of a futon in our garage once. I also had to take him to the ER once for falling on the back of his head... he was very combative ans screaming holding his head saying "I can't take it"

Jacobs first injury came from jumping off the top of a six foot ladder I was using in our garage to put Christmas decorations away. He was almost two. 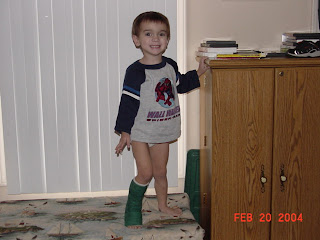 Right after his second birthday he ran into the corner of the wall in the hallway and busted his face. 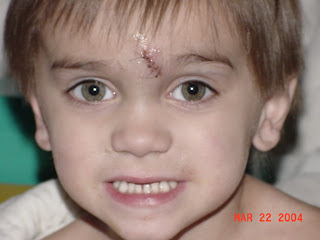 Summer has been my accident prone one even-though she hasn't broken anything or had stitches her 1st accident was falling out of her high chair. She passed out in my arms when I picked her up and I took her to the ER 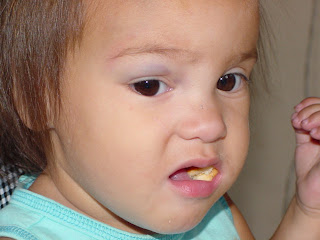 On the day of Jacobs 4th birthday party she fell of the bathroom sink and hit her head. She threw up once after we has gotten to Gatti-town but we just kept an eye on her. Another time she fell off the monkey bars in our backyard and knocked herself out then starter puking. I t took her to the ER she continued to throw up there but they sent me home and said to bring her back if the vomiting got excessive... She threw up 3 more times on the way home and kept it up when we got home so I took her back... she was fine though. She passed out on Scott once too. We have come to the conclusion that passing out and puking are just her body's nature response to pain/stress. Recently she got her finger kicked and tore the tendon, developing mallet finger. She's been in a splint for over three weeks now.

Ronan fell and hit his nose on the base of an old metal swivel kitchen chair when he was two. 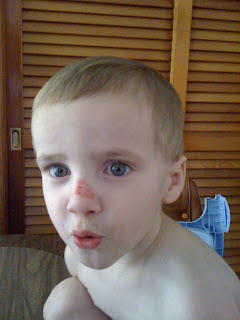 So far Raiden and Sierra are injury free except minor bumps and bruises.

Our house is is bringing the focus of Christmas back where it should be... On the birth of Jesus Christ our Savior. We are coming up with new traditions to help us stay on track. Thanks to Lora Green we have the perfect Advent Calendar for our family. The original idea was to number muslin bags and put an ornament in each bag to put on the tree each day. I decided we wanted to put treats in the bags. I wish I could have found bigger bags, but these will hold the 6 little chocolates we are using. I was short on time so I couldn't search online. I purchased these at Michael's in the bridal section. 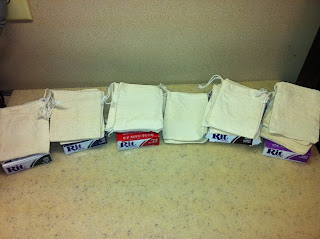 I decided to dye ours so each child would have specific ones to open. 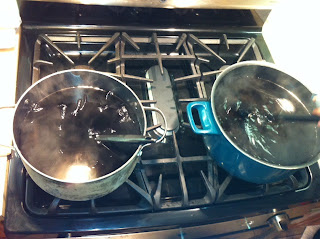 The colors don't show up real good in the pics but I dyed them to match their stockings. They are green, blue, red, natural(Ronan's stocking is actually white), brown, and purple. 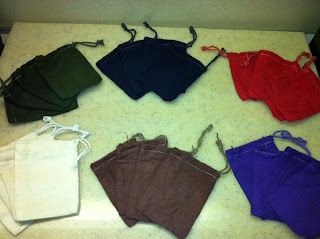 Then I numbered them with fabric paint I already had. 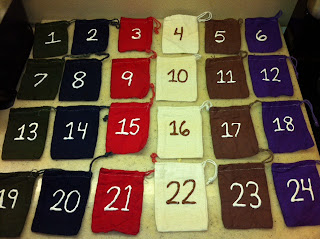 
We are also using the scripture tags of Lora's. Who's ever color bag it is that night, that child will read the verse. Joshua will read Raiden's, Jacob - Ronan's, and Summer - Sierra's... evrybody get a treat each night though. 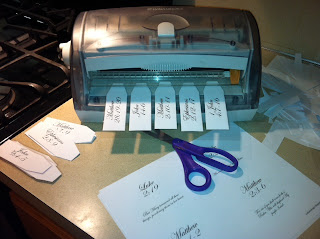 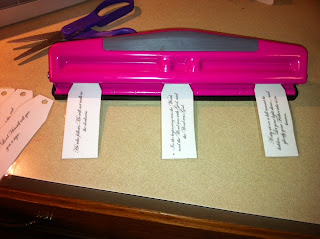 We are also going to hang them on the tree like Lora. Ronan is just learning his numbers so it will be his job to find the number we are looking for on the tree.

Eve
To me life is all about growing. Some people have it all figured out from early on and know exactly where they are going.... Or at least they think they do. I've decided the only real constant I need is God. Everything else is ever evolving. From being the only one of my moms kids to NOT say "I'm moving out the day I turn 18" to being the only one who did(I got married ON my 18th bday). From going to college to be a career woman to being a Stay at Home Mom. From saying "one's enough for me" to having my sixth! Epidural to a homebirth. Nursing 3,4,6,11,12 1/2, and 28 months. Public School to HomeSchool. Parenting styles, relationships, priorities... It's all been a process. Even from growing up going to church every Wednesday, twice on Sunday, and once a month on Saturday, to nearly losing all faith, back to being a devout Christian. God has guided me all the way even when I didn't realize it or deserve it. I want to share that journey and the many more adventures to come. I heard someone say once if you want to hear God laugh... Tell him your plan. Living with an open mind and heart with Jesus as my guide.